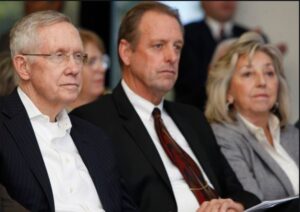 This week is the first in a month that North Las Vegas hasn’t had a murder. In the last month, there have been at least one murder per week in the city. Maybe it was too hot last week for killers to leave their homes. None the less, this week Mayor John Lee who changed parties recently becoming a Republican still has some Democrat in him it seems. Mayor John Lee is running for Nevada Governor as a Republican.

And to top off the liberal love feast, Mayor John Lee will help seal their eviction records so they can go screw over more seniors who depend on rental homes for their retirement income.

North Las Vegas Police we spoke with confidentially are outraged by Mayor Lee’s warrant forgiveness program. As one officer said “We risk our lives every day arresting bad guys who don’t show up to court and now they get to skate? Many of these folks are hard core gang members.”