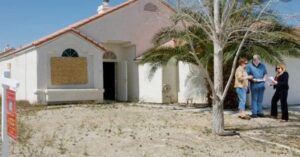 With millions of overpaid unemployed deadbeats (Democrat voters) sitting at home fat and happy to live off bloated unemployment payments, with no rent to pay, thanks to Biden’s CDC eviction moratorium, retired Americans are being economically destroyed. Putting aside the fact the CDC has zero jurisdiction over landlord tenant laws, that didn’t stop Biden from issuing another 30 extension this week. Keep in mind, the first eviction moratorium was issued by Governors for 30 days when they locked us down for 2 weeks to bend the curve.

As home prices soar, landlords with one or two homes rentals as part of their retirement plan are watching in horror as their dreams and decades of hard work are wiped out. Wiped out by Socialist Democrat Governors and the Biden CDC claiming their endless eviction moratorium is part of public health and safety. Even though the economy is fully open, strip clubs and brothels in Nevada are back at 100 percent capacity, even though there are thousands of jobs no one will take, deadbeats, I mean Democrat voters, still get to skate without paying rent for another month.

But Biden and the Socialist Dems don’t care a wit about helping the deadbeat Dem voters. They’re just an excuse to continue the eviction moratorium. The long term goal here is to wipe out home ownership. Chinese investors and liberal groups like unions are conspiring to buy up homes and make Americans all renters. But their plans go farther and darker. Biden has made it clear in his election plans that he wants to wipe out suburbs. He and the Democrat Socialists want everyone living in Soviet style government high rise apartments and high density housing. Private home ownership has been the number one source of wealth for Americans over the last 200 years.

Biden’s plan for a federal takeover of local zoning laws.

The ex-veep wants to ramp up an Obama-era social engineering scheme called Affirmatively Furthering Fair Housing that mercifully barely got underway before President Trump took office, vowing to stop it.

Biden’s plan is to force suburban towns with single-family homes and minimum lot sizes to build high-density affordable housing smack in the middle of their leafy neighborhoods — local preferences and local control be damned.

Starting in 2015, President Barack Obama’s Department of Housing and Urban Development floated a cookie-cutter requirement for “balanced housing” in every suburb. “Balanced” meant affordable even for people who need federal vouchers. Towns were obligated to “do more than simply not discriminate,” as a 2013 HUD proposal explained. Rather, towns had to make it possible for low-income minorities to choose suburban living and provide “adequate support to make their choices possible.”

Had the rule been implemented nationwide, towns everywhere would have had to scrap zoning, build bigger water and sewer lines to support high-density living, expand schools and social services and add mass transit. All pushing up local taxes. Towns that refused would lose their federal aid.

The rule was one of the worst abuses of the Obama-Biden administration — a raw power grab masquerading as racial justice.