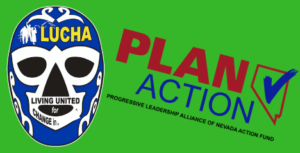 The Mass Liberation Project is a group that publicly supports Black Lives Matter and describes its goals as “to make progress in economic, environmental, criminal, and gender justice, while making great strides in democracy.” Socialist groups always cloche themselves in flowery language and use the word Democracy to hide their true agenda.  The Mass Liberation Project is funded by the radical left wingnut group, The Progressive Leadership Alliance of Nevada (PLAN), a 501 (c)(3) corporation. Yesterday they sent out a mass email to their supporters taking credit for AB431 which automatically restores the voting rights to 77,000 Felons.

“Last year, PLAN and the Mass Liberation coalition organized inside the criminal justice system to restore voting rights to returning citizens, and we are so glad to see that AB431 is now law and automatically restores the right to vote to 77,000 citizens. Additionally, we saw movement on criminal justice reform with a plan for justice reinvestment (AB236), access to occupational licenses for people with prior convictions (AB319), and a process for record sealing decriminalized offenses like marijuana use.“

The group has almost a dozen staff consisting of highly educated, trained and disciplined ideologically driven people proving their ability to push throw extremely radical laws in this year’s Nevada legislature. They are truly a force to be reckoned with, especially in the face of a completely disorganized and dysfunctional Clark County Republican Party who can’t seem to even staff one campaign office during the city council elections.

In Mass Liberation Project’s email yesterday they took credit for the Nevada legislature passing the most radical abortion law in the nation, which allows a 13 year old to kill her unborn baby without a parent’s consent.

“Nevada is making serious waves and national headlines with our legislative movement on gender justice in the face of repressive laws limiting women’s autonomy in other states. We took action to protect womens’ right to choose by passing SB179, the Trust Nevada Women Act, and removing outdated language that criminalized abortion in statute.”

Mass Liberation also mentioned their efforts to destroy the mining industry in Nevada as well, but “The Mining lobby was too strong.”

The group has offices and or a presence in numerous states in addition to Nevada, including Arizona and New Mexico. 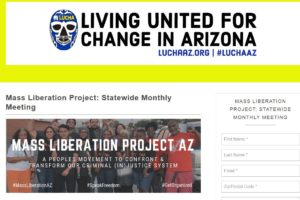