DEMS WAGE WAR ON THE TRUTH

DEMS WAGE WAR ON THE TRUTH 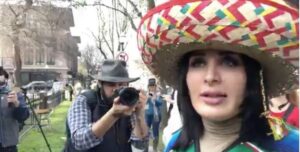 Tweet the truth about an issue that Dems lie about and you risk losing your job, Twitter blocking you, your reputation and destroyed. Dems have given up trying to defend their policies and facts. They’ve turned to intimation and force to silence anyone who dares to speak the truth.

Recently, several Doctors held a press conference in Washington D.C. to publicly testify to their success treating CV19 with hydroxychloroquine. Every major social media site blocked their video. Google and Youtube blocked them and even their web hosting company took down their website. These were Medical doctors who dared publicly give their expert opinions based on real life patients they treated. National News outlets attacked their characters and their professional image. All of this just because they spoke the truth about a drug therapy that Democrat Governors have banned in numerous states.

And other professioals who dare speak the truth like news and sports casters, one who worked for an outlet for 30 years, was suddenly fired just for posting a different opinion about the latest issue or candidate.

Make no mistake, threatening someone’s reputation, career and livelihood is plain old fascism. They don’t need to take you away in the middle of the night and kill you in a forest when killing your reputation and career makes an example out of you.

The most egregious example of the Left’s War on the Truth is Laura Loomer. Laura took on the left with public spectacles meant to highlight the failed policies of Dem leaders like Gov. Newsom and Nancy Pelosi. Loomer was de-platformed by Facebook, Twitter, Youtube, Chase Bank, Uber, Lyft, even her internet service provider recently cancelled her. Loomer’s cell phone company cancelled her. And yet she just won the Republican Primary in Florida’s 21 Congressional District. BTW news outlets reported her poll numbers at 2% just a couple of days before the election. Talk about fake news.

Many Conservatives will say, “those are private businesses who have a right not to serve people they dislike”. But Facebook is by all definitions a monopoly. If you are a news reporter or political candidate, try reaching an audience without Facebook. Can privately own utilities shut off power to people who’s opinions they dislike?

Facebook took down 10K Republican leaning groups this week this least week, claiming they were full of fake news.

The left have tried to test the boundaries of their War On the Truth against Laura Loomer by cancelling her entire digital life. Make no mistake if they win in court and in legislatures across the Nation they will be coming for you next.