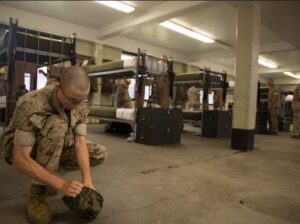 The Nevada Department of Corrections issued the following press release

Carson City, NV — An additional 331 offenders incarcerated at Warm Springs Correctional Center in Carson City have tested positive for COVID-19, according to results received Friday by the Nevada Department of Corrections.

All 525 offenders at Warm Springs Correctional Center were tested last week after 93 offenders returned positive results on Nov. 5. This brings the total positive cases there to 424 offenders.

· Offenders will be evaluated by a facility medical provider if they are symptomatic and may be transferred to a negative airflow cell if available and/or a higher level of care if indicated.

· Offenders will be evaluated by a facility medical provider if symptomatic or if clinically indicated and may be transferred with a warden’s approval to a higher level of care.

Warm Springs Correctional Center remains in lockdown. Meals are being delivered to each unit.

NDOC will continue to monitor the situation at all facilities.

Folks literally locked down in a prison are getting CV19 right now at an alarming rate. California has been in lock down mode since March without much let up and their numbers are rising also.

The military actually used Marines as test subjects and locked them down for weeks and they caught CV19 at a faster rate than those military staff not locked down. https://www.aier.org/article/even-a-military-enforced-quarantine-cant-stop-the-virus-study-reveals/

The New England Journal of Medicine has published a study that goes to the heart of the issue of lockdowns.

A study conducted by Icahn School of Medicine at Mount Sinai in cooperation with the Naval Medical Research Center sought to test lock-downs along with testing and isolation. In May, 3,143 new recruits to the Marines were given the option to participate in a study of frequent testing under extreme quarantine.

What were the results? The virus still spread, though 90% of those who tested positive were without symptoms. Incredibly, 2% of the CHARM recruits still contracted the virus, even if all but one remained asymptomatic. “Our study showed that in a group of predominantly young male military recruits, approximately 2% became positive for SARS-CoV-2, as determined by qPCR assay, during a 2-week, strictly enforced quarantine.”

But when government officials enjoy such new found powers, it’s almost impossible to get them to admit their polices are making people worse. When the government fails to protect prisoners and Marines who are literally in locked-down isolated facilities, it’s time to conclude the policy is a complete failure.