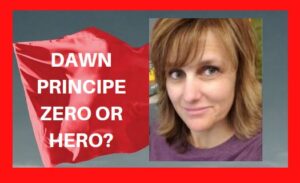 My open letter to Dawn Principe

We are all very sorry about your dog, but stop taking it out on the world.

I have been fighting for gun rights since 1991 when I worked on Capitol Hill as an intern for a Congressman ranked #1 by the NRA.

I’ve been fighting Nevada Gun Grabber laws, including the Red flag and background check laws, since 2016. I have been on the record having written over 90 columns about gun grabber laws. In October 2019, you reached out to me and asked me to write a story about your group’s recall efforts in Humboldt County because you saw my long history fighting the gun grabber laws.

In Dec.2019, NevadansCan successfully found a lawyer to file a lawsuit to stop the Red Flag law. I threw my support behind them rather than filing a competing lawsuit. I brought other folks into the case. I reached out the all the sheriffs and invited all of them to join the lawsuit including, Sheriff Mike Allen. Sheriff Allen accepted our invitation and I am grateful to have any sheriff in Nevada join our efforts.

You see Dawn; I care more about getting rid of the Red Flag laws than getting rid of Sheriff Allen. I thought you felt the same way. Boy was I wrong. Instead of backing off on your recall, you started attacking everyone around Sheriff Allen. You’ve gone after his employees in the Sheriff’s office and now you’re going after me spreading lies.

I’ve worked for ZERO $$ since this fight started because I truly care about the human rights of all 3 million people who live in Nevada. My goal to rid Nevada of these gun grabber laws goes beyond one county sheriff.

Regarding your fake website link you posted on FB:

I started Nevada Watch two weeks ago and literally we just opened a bank account. We literally haven’t raised any money accept the $1,000 I’ve fronted. So impugning me and my NEW group shows what a complete fraud you really are.

I have never assaulted anyone. I’ve never filed BK personally. I owned 1% in a real estate company, invested a ton of cash and time into that company earning a position in the company. The subject property mentioned in the default was also owned by the real estate company. The mortgage was fraudulently issued by a company insider. When that insider started selling off houses to his son for ZERO down and for half the market value, without giving me my share of the proceeds, I forced the company into BK to stop him from selling off any more company assets. I then sued him. He settled and wrote me a big check last year.

In 2006, I sold a 30 yr old project airplane on Ebay, as is where is. A powerful politician in Florida purchased the project plane sight unseen. It ended up costing him way more to fix then I estimated. I offered him a full refund. Instead, he filed a lawsuit. When that was going nowhere, he then used his connections to the local Florida DA and filed a single criminal charge. The charge was dismissed. The Florida DA appealed. A panel of three judges upheld the dismissal. Then a DA in California filed another Charge related to the same plane. It was also dismissed and the civil lawsuit was dismissed soon after. I could have settled the lawsuit and had the criminal charge dismissed. But instead I believe fighting unjust allegations is the right thing to do.

I’ve never had a girlfriend commit suicide. And if I had, what kind of human garbage uses that as an attack line?

A little over a year ago, an EX with an addiction, filed a revenge restraining order which was denied by a female judge. That experience motivated me more than ever to fight the Red Flag law.

I completed my degree from USC in 1994. Another lie listed in the fake website. BTW I enlisted as a Specialist in the U.S. Army because I had my degree, which the U.S. Army verified. I have the official transcripts, FYI.

To call me an enemy of law enforcement is outrageous, considering I was an U.S. Army Military Police Officer, honorably discharged. I volunteered in 2005, in the middle of the Iraq war to join the US. Army, in one of the most dangerous front line jobs available. One of my Army buddies was shot and killed as a Riverside Police Officer in 2010 on the streets of Riverside CA. How dare you say I’m an enemy of law enforcement. How many police friends have you buried?

Dawn, you are the one who’s launched a website to sell T-Shirts, refused to provide details about how much money you’ve raise over the last 4 months and where that money has gone. You’ve refused to file the proper paper work with the state and you’ve refused to provide bank statements requested by people in your own group. You’ve been running your GROUP out of YOUR gun store promoting your business in the process.

Dawn, you seem to be the only person in the state making money off the Red Flag law, but you haven’t donated a single dime to the lawyers fighting the red flag lawsuit.

Consider this my formal demand that you cease and desist your defamation of me and my NEW group. Remove all slanderous and libelous material immediately; including your fake websites and Facebook posts or I will file a lawsuit against you, your husband and your business. And since you’ve done your homework, you can see I win lawsuits.

Frankly, I thought you actually cared about defeating the Red Flag law too. Instead you are forcing me to spend my time and resources fighting you instead of fighting the Red Flag lawsuit. You have attacked and divided numerous folks all because you blame Sheriff Allen for your dog’s death. You have done Steve Sisolak’s bidding whether you know it or not. Your efforts have scared away other Sheriffs and supporters.

Dawn, you are a cancer in the NV 2A movement. Most folks in your town fear and hate you. You are a liar, a divider, a cyber-bully and it will be your fault if we fail to stop the Red Flag law in the end.

Since 2016, I’ve written over 90 articles about gun rights and Dems’ gun control laws.

(DAWN DENIED THIS SITE IS HERS AFTER THE ARTICLE CAME OUT) 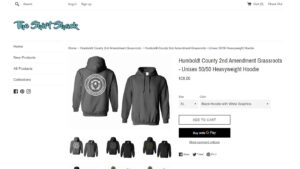 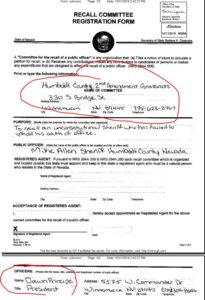 DAWN’S EMAIL TO ME SEEKING MY HELP