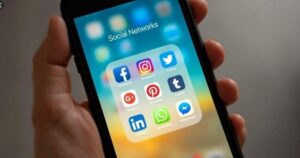 According to a recent Pew report, social media outpaced print news as the leading source of news. Facebook has over 2.41 billion members. So when Nevada Secretary of State Barbara Cegavske recently said at a political event, that her office does not regulate money spent on social media campaign ads, many in the audience were surprised.

President Trump spent around $320,000 in the 2016 election compared to Hillary Clinton spending $1.2 Billion. Many credit his victory for spending that money mostly on social media.

Most top campaign consultants will tell you, that if you want to reach voters today, you need to be on social media.

Under new Nevada laws, that just went into effect in 2020, all campaigns must report expenditures of more than $100. But this newly disclosed lope hole will allow big money to continue to influence elections without any transparency.