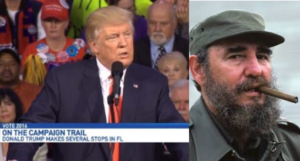 Waking up this moring to the news that Cuba’s Dictator Fidel Castro died last night and watching “Mainstream News” TV while eating my breakfast, I couldn’t help but notice all the nice things liberal broadcasters were saying about this ruthless Communist dictator.

After watching the “Mainstream News” for the last two weeks continue to attack President Elect Donald Trump daily, it struck me how these same people were now gushing over Fidel Castro. I heard several talking heads and reporters on the news today claim Castro’s health care system was great and his education system was better than the US. They went on to talk about Obama opening diplomatic relations with Raul Castro last year, worried that Trump could reverse that “Progress”.

The fact is the Castro brothers imprisoned, tortured and murdered their opposition and suppressed any media opposition. A Wall Street Journal article reporting Counting Castro’s Victims, based on the work of Professor Armando Lago, likely approached 100,000 dead. Armando Lago, a Harvard economist, has spent years studying the cost of the revolution and he estimates that almost 78,000 innocent Cubans died trying to flee the dictatorship. Another 5,300 are known to have lost their lives fighting communism in the Escambray Mountains. Not to mention hundreds of thousands more Cubans who died in political prisons and from hunger.

The Castros armed communist rebels in South America and Africa leading to the deaths of hundreds of thousands in wars they fueled by profits from running cocaine into the US for decades.

In the Mariel boatlift, the Castros opened their prisons and dumped all their murders and rapists onto Florida in 1980, resulting in the murder rate of US citizens in Florida jumping 103 percent in just one year. US jails and prisons were flooded by over 20,000 mental patients and criminals as Castro bragged about “flushing Cuba’s toilets onto America”. That was another liberal Democratic President who let in unvetted refugees by the boatload.

The Castros turned the island into a prison camp. Socialism has worked so well that Cubans risk death escaping by boats made of tires and floatable garbage tied together, praying it would hold for the 90 mile ocean voyage to the US. 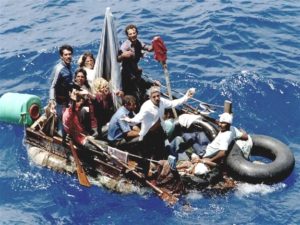 But the Castros and their military leadership never missed a meal or an opportunity to steal billions of dollars of the people’s wealth for themselves. According to Forbes, Fidel Castro was one of the 10 richest national leaders in the world. But instead of seizing all that cash, President Obama opened diplomatic relations with Cuba without Congressional approval last year, spitting in the eyes of the countless suffering and murdered Cubans. Obama never demanded any changes to the Castros’ ruthless governance or human rights. Instead he choose a photo opt shaking hands with Raul Castro in Cuba opening a new US Embassy. 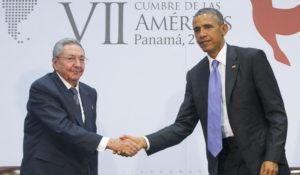 Obama and the “Mainstream Media” attack Donald Trump and his supporters as the windowlicking white trash enemies of “Progress” but heap praise on the Castro’s for socialized medicine and education ignoring the suffering of millions living in fear and despair. Fear and despair made worse by Obama’s full throated public support for the Castro brothers last year in Havana.

After watching the “Mainstream Media” attack news outlets as “Alt Right” and “fake news” or recently as Russian sponsored propaganda, its safe to say Liberals are jealous of the government power the Castros wield to destroy their enemies.

This was truly a regional holocaust we turned a blind eye to. The fact that the US failed to remove the Castros by force, put them on trial for crimes against humanity and save millions of Cubans, is a stain on our history.