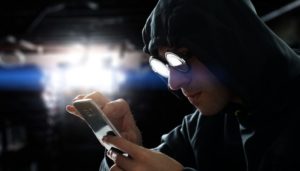 In a state where no ID is required to vote in person at any polling station over 2 weeks during early voting, one would think it’s easy enough to vote in Nevada. But Democrats just pushed the envelope again. Democrats are now going to allow voting in their Presidential Caucus in 2020 over the telephone.

According to the DNC “The tele-caucus systems, the result of a mandate from the Democratic National Committee, are aimed at opening the local-level political gatherings to more people, especially evening shift-workers and people with disabilities, whom critics of the caucuses have long said are blocked from the process.”

Democrats in Nevada and Iowa will have to use the tele-caucus system next year.

But some Democrats are already pushing to open all future elections up to voting by phone across the state of Nevada, saying it opens the voting here to shift workers, elderly and disabled. No word from the Nevada Secretary of State on how she will protect the integrity of the election system against voter fraud over the phone.