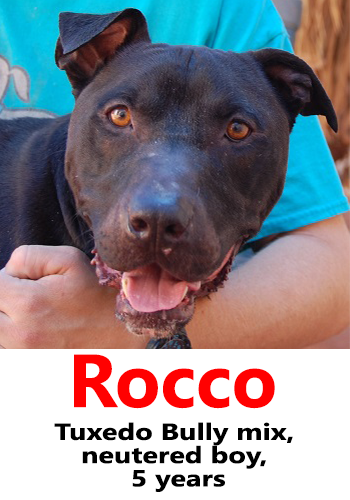 Rocco grows deeply attached to those he loves.

He is good with older kids.

He may be compatible with some dogs.

Rocco was rescued from an abandoned home. He sustained a trauma and walks sluggishly on his hind legs (though no damage to his back, spine, or hind legs has been detected by veterinarians).

[Note: We adopted Rocco earlier this year, but he became homeless again due to no fault of his own. (The neighbors in the HOA feared him because of his breed make-up and threatened to have him expelled from the neighborhood.)]