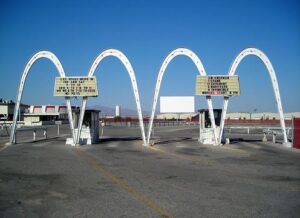 After obtaining permission to re-open from local authorities, West Wind required movie goers to park 10 feet apart, stay in their cars except to use the restroom, where only one person at a time was allowed in. Concession stands remained closed.

“We had received formal approval to reopen the Las Vegas Drive-In with certain operating restrictions and we complied. Unfortunately we have recently been asked to temporarily cease operations pending further direction from the Governor’s office. We are disappointed with this decision but look forward to re-opening as soon as possible. Thank you for your patronage and patience.”

This week, Gov. Sisolak generated speculation that he may extend the shut down until June, while many other states across the country are opening or preparing to open businesses by May 1, 2020.