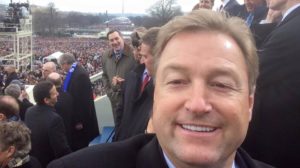 Nowhere in the press release did Heller say he either supported or opposed the Air Strike. He said he left the decisions up to “our military experts”. And Heller did not demand Congress vote to authorize President Trump to take further action as many in Congress have said publicly. But Heller sounded tough when he stated “The horrific atrocities committed by the Assad regime are not only inhumane, but also a blatant violation of international law”.

Following the Missile Strike everyone in Congress issued a press release because they were expected to.

“The use of chemical weapons on the Syrian people by President Assad is unacceptable and we should take steps to deter these atrocities from occurring. However, President Trump’s previous statements leave me with serious concerns about the United States’ long-term strategy in Syria. President Trump must come before Congress and lay out his vision for defeating ISIS and stabilizing the Middle East. The United States needs to work alongside the international community and with allies in the region to prevent President Assad from destabilizing his country and harming the people of the Syria.”

Congressman Ruben Kihuen said in his press release, he supports actions to defeat ISiS and “deter atrocities” and wants President Trump to come before Congress and layout his plan.

“Any and all actions by the President following tonight’s military response must be done in consultation with Congress.  I believe that it is necessary for Congress to pass a new Authorization for Use of Military Force (AUMF) for any further military action targeting the Assad regime.

Rosen was very clear in her support for Trumps missile strike but wants Congress to vote on a bill giving him more authority to act.

But Sen. Heller’s bland, vanilla, say nothing, take no actual position, non-committal press release was the quintessential political double speak the American people said in the last election we were sick of. Heller is clearly paralyzed in fear and refuses to take any real position with a tough re-election coming up next year.

“The horrific atrocities committed by the Assad regime are not only inhumane, but also a blatant violation of international law,” said Heller. “The Administration sent a clear message of America’s intolerance for the murder of innocent civilians. I will continue to monitor the situation closely and will rely on our military experts to provide more information that sheds light on last night’s – and future – developments.”