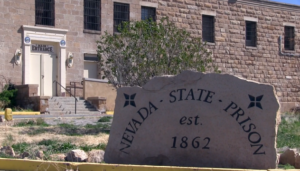 While college students and their parents incur thousands of dollars of debt attending college in Nevada the Democrats in the State Senate want to give free taxpayer funded college to convicts currently in prison. Senate Majority Leader Aaron Ford introduced a bill to give Nevada State prisoners free college. Ford is proposing a pilot program for around 50 prisoners at a cost of $300,000 from the state general fund.

THE COST TO GO TO THE COLLEGE OF SOUTHERN NEVADA

Even though the goal of educating prisoners to help reduce recidivism is admirable, Democrats can not justified using limited state funds to pay for prisoners to receive a free college degree while those who actually played by the rules, followed the law and worked hard to get into college have to pay $6,000 per year.