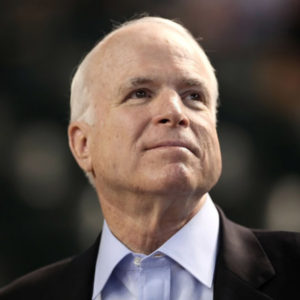 Senator John McCain was diagnosed with “Aggressive” brain cancer a couple of months ago. And today he announced he will not support his good friend Sen. Graham’s Obamacare reform bill. Yes, McCain has always been a RINO, but in this situation, all the RINO’s in the Senate are supporting the bill. So maybe, since he is spending a bunch of time in and around medical facilities, he has a new outlook on the Healthcare issue. Or maybe this is what he truly feels is the right thing to do.

But the fact that he is suffering from brain cancer does raise very real questions. Is McCain fit to hold office? Maybe yes or maybe no. According to the American Brain tumor Association, “Changes in personality and behavior occur in the majority of patients.”

The question of fitness to serve must not be politicized. And frankly, any hurt feelings McCain may have cannot be a factor. This is all about the 7 million people of Arizona he represents and what’s best for them. Powerful drugs McCain may be on can and do affect perception and reality.

We need a process to determine the fitness of Congressman to serve if they are in a coma or extremely ill. We’ve had Senators wheeled onto the floor from the hospital to cast a vote. The question of what narcotics they were on didn’t seem to matter to anyone.

The 25th Amendment deals with if the Presidential is incapacitated somehow. But there’s no such measure to protect the public if a Senator is unable to discharge their duties. It’s time for a serious look at this issue. We need standards to hold our leadership in America to. 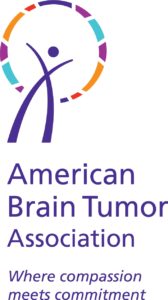 Direct from the ABTA:

Behavior is the way in which a person responds to a certain set of conditions. Changes in personality and behavior occur in the majority of patients with brain tumors at some point during their treatment.

In some cases, these changes are so subtle that the patients themselves are more aware of their difficulties than are those around them. In others, it is the caregiver rather than the patient who first recognizes that something is different.

Common cognitive changes and personality-related problems and difficulties experienced by patients with brain tumors are usually associated with:

The area of the brain affected by the tumor is often linked to the symptoms experienced. The diagram below shows some of the different areas of the brain that are directly related to behavior.

It is estimated that more than half of all patients with malignant brain tumors experience some behavioral changes.

A number of factors can lead to changes in behavior in patients with brain tumors. The location, size, and rate of growth of the tumor can have a lot to do with how a patient behaves. Treatments such as radiation, surgery, and chemotherapy can also affect how the patient feels and acts. The psychological and emotional effects of brain tumors are important to consider as well.

Patients with brain tumors should be encouraged to undergo a complete neuropsychological evaluation. This detailed evaluation of a patient’s behavioral, cognitive, and emotional status can help identify issues so that the best treatment can be provided.

*Cognitive rehabilitation is specialized therapy designed to help patients regain as much of their mental, physical, and emotional abilities as possible.

It is not unusual for brain tumor symptoms to change over time. Be sure to discuss any new symptoms or changes in existing symptoms with your doctor or nurse as soon as possible.

It is important to note that the information provided here is basic and does not take the place of an in-person assessment by a physician. If there is any question about the seriousness of changes in behavior or any other symptom experienced, please contact your doctor.