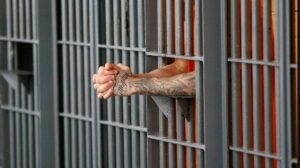 On March 23, 2020 Nevada Governor Steve Sisolak signed a State of Emergency Declaration barring Nevada Doctors outside hospitals from prescribing the anti-malaria drugs chloroquine and hydroxychloroquine for use against the Corona Virus and limiting how many a pills a patient can receive for “approved” uses, unrelated to the COVID19.

According to sources at the drug maker, Concordia Pharmaceuticals Inc, Nevada prisons ordered a large number of their anti-malaria Hydroxychloroquine drug under the name, Plaquenli. Nevada prisons has literally ZERO cases of prisoners infected with the COVID 19 virus to date. The Nevada Board of Pharmacies and the Governor claimed the rule barring doctors from prescribing the drug outside of hospitals was to stop hoarding. After Sisolak’s ban went into effect, the State Prison hoarded the drug in a mass just in case they had break out.

Gov. Sisolak refused to reverse his order even after the FDA issued an emergency order earlier this week approving the drug for use against COVID 19.