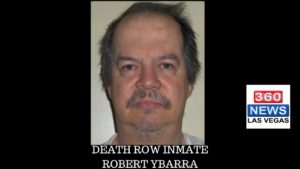 Two time killer, Scott Dozier has been requesting to die for the past year waiving all his appeals. Not one convict has been executed in over a decade in Nevada. Nevada’s last prisoner executed was Daryl Mack, by lethal injection, on April 26, 2006. Mack was executed for the rape and murder of Betty Jane May, in 1988.

Dozier is a brutal murderer convicted in 2005 of killing two people and chopping up their bodies. Miller’s body was found in April 2002, cut into pieces and stuff into a suitcase. His head, arms, and legs were never found.

Even though Dozier was convicted and sentenced to death by a jury, and even though he has dropped all his appeals, the ACLU still stepped into and fought Dozier’s efforts to be executed claiming the State lacked a proven and legally approved lethal legal drug cocktail. the Nevada Supreme Court denied the claim and he is set to die this week by lethal injection.

Now Dozier is set to be executed this week at Elly prison and yet the ACLU filed another appeal, again without Dozier’s request. But if you think the ACLU’s delays in Dozier’s case wer lengthy you obviously never heard of Robert Ybarra.

37 years old Ybarra was sentenced to death in 1981 for the rape, beating and burning alive of 16-year-old Nancy Griffith of Ely, Nevada in September 1979. One would think all his appeals have run out. But earlier this year a federal judge allowed Ybarra to file yet another appeal on grounds that he is physically disabled and should not be executed. Ybarra has spent more than two of Nancy Griffith’s life times on death row now. I don’t blame the killer for appealing again and again. I blame liberal judges who clearly are abusing their discretion by continuing to grant death row inmates like Ybarra endless appeals in a transparent effort to destroy the death penalty.

Nevada currently has 83 prisoners on death row in Nevada. Edward Wilson has been sitting on death row the longest, since 1980. Liberals complain that the death penalty is too expensive but that’s because they are the ones trying to run out the clock with endless appeals in an effort to obstruct the will of the people.

President Trump is set today to announce a new Supreme Court Justice. Ditching Justice Kennedy hopefully brings law and order back to the judiciary and reins in liberals judges like the ones on the 9th Circuit who have all but gutted the death penalty with endless delays.