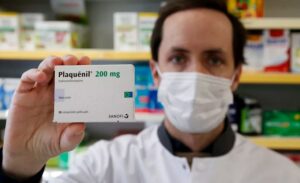 The Trump administration, through the FDA, just issued an emergency order authorizing all doctors to use the anti-malaria drugs chloroquine and hydroxychloroquine against the Corona Virus. We will be following closely The Nevada Pharmacy Board to see if they reverse Gov. Sisolak’s State of Emergency order from earlier this week.

Even though the Governor of Michigan just reversed her ban, Gov Sisolak still has not reversed his ban yet. Sisolak bans doctors outside hospitals from prescribing the reported life saving drugs. Only hospitals can prescribe the drugs in Nevada, but for many that is way too late to survive.

According to staff we spoke with at the Nevada Pharmacy Board they have no authority to discipline and or regulate out of state pharmacies if they violate Sisolak’s drug ban, especially after the Trump administration lifted the ban on the use of the drug Sunday.