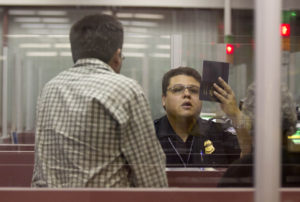 A Customs and Border Protection officer checks the passport of a non-resident visitor to the United States inside immigration control at McCarran International Airport, in Las Vegas.

This week a Federal Judge heard arguments regarding President Trump’s immigration/visa pause from seven nations deemed significant sources of terrorism by the Obama Administration following dozens of attacks in Europe and the US over the past 2 years in which hundreds of civilians were murdered by radical Muslims. Many of the attackers claimed allegiance to The Islamic State.  New details about the Obama administration’s immigration/visa programs revealed just how many people came into the US over the past 5 years.

According to new records released in court, the Obama Administration issued over 46 million visas from 2011 through 2015 ( see report below) drawing new criticism from national security experts who question how they could have properly vetted that many people from failed nation states with no central information depository to determine the risk level of the applicants. In comparison 29 millions visas were issued from 2004 through 2008 by the Bush Administration (see report below).

The 911 hijackers all entered the US on student visas, then overstayed their allotted time. As such, they were all illegal aliens at the time of 911, an issue addressed by the 911 Commission Report. 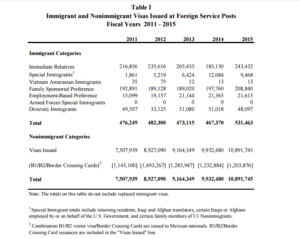 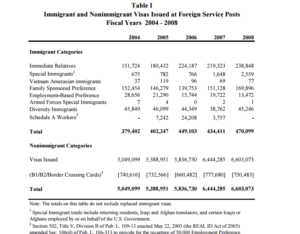