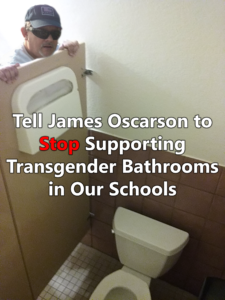 We told them to pound sand. Then they accused us of defamation. They clearly don’t know their history or the law. Then they filed a complaint with Facebook. The same rinos who have been flooding voters’ mailboxes for weeks with disgusting mailers picturing republican challengers next to an indicted consultant trying to confuse the voters into thinking the challenger was also indicted. We’ve seen rino mailers with flat out lies recently. What’s new? 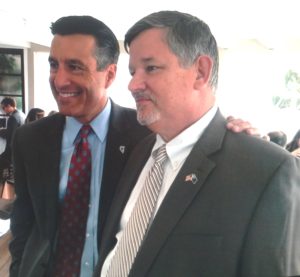 What’s new is how thin skinned rinos are when they are attacked. If Mr. Oscarson feels it’s unfair to tell him to stop supporting transgender bathrooms in our schools then he needs to prepare a press release and state that he is breaking with Gov. Sandoval on the issue. Its very simple. NEWSMAXTV LAS VEGAS is prepared to print the press release forthwith. But when one supports a governor or any elected officials he supporter their policies. Elected officials at the end of the day are their policies. Elections have consequences. 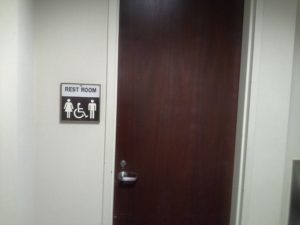 This hack used the tired term that the ad offended her. In our opinion if we are offending rino establishment social media political hacks then we are definitely doing something right.

Cartoons from past American elections: