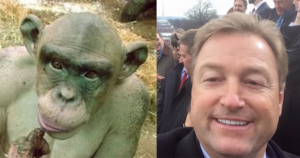 Last week, 360Daily.net ran an online poll asking Nevada Republican primary voters if the election were held today; who would they vote for, a Shaved Monkey or Sen. Dean Heller? To be honest we did it as a joke. But something very serious emerged; any real support for Heller was completely absent.

We email blasted the poll to over 40,000 Nevadans, blasted it on Facebook to thousands and here are the results:

The Poll ran for four days, even after Steve Wynn endorsed Heller at Friday’s Nevada GOP fundraiser dinner, Heller still failed to show any political life in the poll.