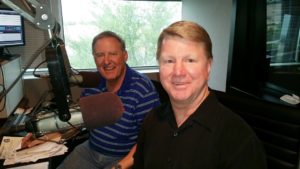 Former Republican Nevada Assemblyman for District 37, Jim Marchant, made the Young Guns team after raising over $150,000 in his race for the Fourth Congressional District of Nevada. Marchant was first elected in 2016 to the Nevada State Assembly by defeating a RINO (a Republican in name only) in a huge primary upset. In 2018, Jim lost reelection by only 107 votes. But Marchant received over 17,000 votes in District 37 which includes CD4. In addition, Trump won the CD4 in 2016 even after the Republican Congressman Crescent Hardy, joined Mitt Romney refusing to endorse Trump.

The National Republican Congressional Committee (NRCC) yesterday announced their second round picks for the Young Guns program. The NRCC mentors and supports Young Guns candidates in races across the country and works to provide them with the necessary tools to run successful, winning campaigns against their Democratic opponents. Progression in the Young Guns program is widely seen as an indicator of viable campaign. Previously Jim Marchant was the first Nevada candidate in the 2020 cycle to be named to the list and remains the only one in Nevada’s District 4 so far.

“I fought for our Nevada values in Carson City, I’m ready to do so in Washington D.C. The lobbyists all hate me because I wouldn’t bend my principles to their whims…now I’m taking on their fellow Lobbyist Liberal Steve Horsford. Nevadans are tired of having an advocate of far-left socialism represent them and the support I am getting shows that I am the best one to send him back home to Virginia.” Jim Marchant stated, referring to his opponent who reportedly lives outside of Nevada in the D.C. area.

Marchant campaign strategist Woodrow Johnston added, “Republicans are consolidating behind Jim Marchant, in particular the voters love that he’s a businessman with a strong conservative record. They know that he will be another strong ally of President Trump.” The American Conservative Union (ACU) ranked Marchant the number #1 legislator in the Nevada Assembly.

About Jim Marchant for Congress

Jim Marchant has lived in Nevada since 2005. While he has been a businessman all his life, he was tired of government getting in the way of his success. Jim decided to take matters in his own hands, he ran and defeated a tax raising RINO in Assembly District 37 in 2016. While in the Assembly he fought against the Establishment for lower taxes, gun rights, and a more transparent government. Marchant plans on bringing his conservative credentials and business savvy to Congress in 2020