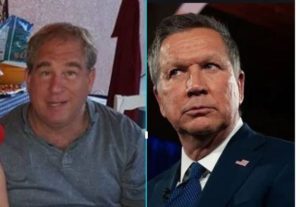 Last week Sajdak was accused by numerous Republicans of being a Never Trumper after he retweeted a slur calling President Trump “The Orange”.