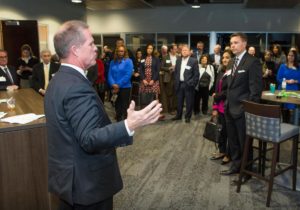 According to numerous inside sources, former Lt. Governor Mark Hutchinson is actively considering a bid for Nevada Governor in 2022 to challenge Steve Sisolak. In 2014, Governor Sandoval tapped Hutchinson to be his Lt. Governor. Hutchinson was elected in 2012 to the State Senate. So far he is undefeated.

As Lt. Governor, Hutchinson led efforts to build the world class Nevada Veteran’s Memorial at the Grant Sawyer Building in 2016. 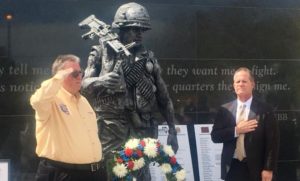 Hutchinson is a partner in a successful law firm where he mostly defends small businesses and practices estate law. Hutchinson proved he could raise lots of money and was often a bridge between moderate and conservative Republicans. He actively campaigned with and for Adam Laxalt in 2016. 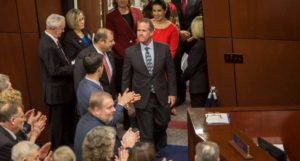 Hutchinson was born in Las Vegas, Nevada, in 1963. He graduated from Bonanza High School (Las Vegas) in 1981, and then attended the University of Nevada, Las Vegas, graduating in 1987 with a Bachelor of Science in Business Administration, with high distinction (Phi Kappa Phi). Hutchinson received his Jurist Doctor degree in 1990 from Brigham Young University’s J. Reuben Clark Law School (Magna Cum Laude) where he earned the high academic distinction of the Order of the Coif and served as Lead-Articles Editor of the Law Review. Following law school, Hutchinson clerked for Kenneth F. Ripple of the United States Court of Appeals for the Seventh Circuit located in Chicago. After his clerkship, he practiced for the national law firm of Kirkland & Ellis in both Chicago and Los Angeles. Hutchinson is currently licensed to practice law in Nevada and California. In addition, he is a member of several federal and state bars, including the U.S. Supreme Court Bar.