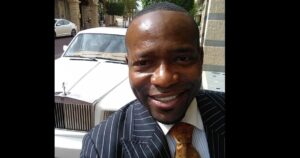 They alleged he was operating a document prep service without a licenses representing himself as a lawyer.

In 2018 Cegavske issued a Cease and Desist order against Miller. 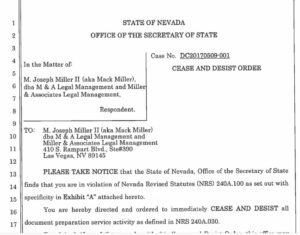 According to the attached Court filing Mack Miller

The case was bound over for trial on February 28, 2022 by Justice Court Judge Amy Chelini.

“This case is as a result of a civil matter that was dismissed multiple times and the criminal matter was only filed days before the statute of limitations expired. I continue to maintain my innocence.”

Miller was charged with desertion by the U.S .Army after failing to return to Iraq after going home for medical treatment.

According to court records, Miller or someone with his exact name was charged with a multitude of other crimes over the years. Miller denies it was him.