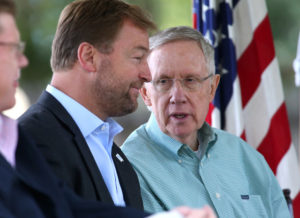 The Middle Class is now paying for health insurance for themselves and 5 people on Medicaid with less coverage. Medicaid only makes up about 18% of the overall population, yet Sen. Heller claims its 100% why he opposes repealing Obamacare. We need to remind Sen. Heller the people on Medicaid are not his voters, they’re Democrats. His voters are the middle class who put him in office. Medicaid is made up of people on welfare, illegal aliens, refugees and yes real people in real need. Sen. Heller needs to stop listening to Harry Reid.

Obamacare is nothing more than a tax and spend government run scheme to steal money from the middle class to give more benefits to Democrat voters.

What are you paying for health insurance?