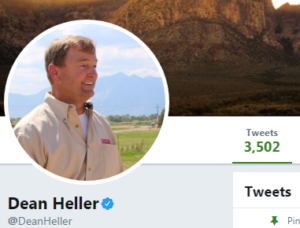 In 2013 and 2014 Senator Dean Heller’s family members, including his son, formed several corporate entities, in multiple states, including Nevada and Utah under the name Heller Enterprises, according to public records. This story focuses on the Utah Heller Enterprises filed in 2014 with his son, Harrison Clark Heller, as the named registered agent using his Utah apartment as the place of business.

According to Federal Election Committee reporting, Sen. Dean Heller paid, out of his campaign funds, Harrison Clark Heller’s company, Heller Enterprises, a Utah LLC, $5,000 per month for “Social Media Services” in 2016 ending in mid-2017. By all accounts, his son managed Sen. Heller’s Twitter and Facebook accounts before Heller’s campaign team took over for his re-election push this year.

According to U.S. Senate Ethics rules “Members and employees are prohibited from using their official positions to financially benefit themselves and their immediate families, it is important for officials to consult with the Committee regarding their specific circumstances.”

360Daily.net could not find any business websites for Heller Enterprises offering their business services to any other clients other than Sen. Heller. $5,000 is about double what the average political campaign social media manager is paid according to jobs research websites. 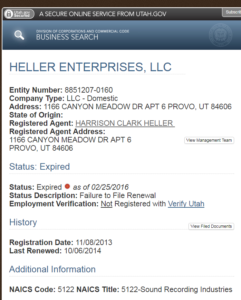 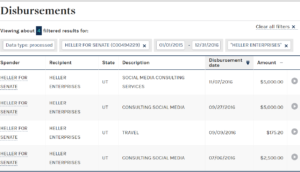