GOVERNOR SANDOVAL’S WIFE FILING DIVORCE, MOVED OUT OF THE MANSION

GOVERNOR SANDOVAL’S WIFE FILING DIVORCE, MOVED OUT OF THE MANSION 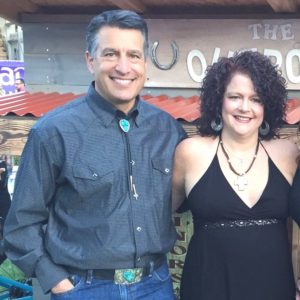 According to sources close to the Governor, the First Lady, Kathleen Sandoval, has moved out of the Governor’s mansion and is planning on filing for divorce.

This wouldn’t be the first time a Nevada Governor and his wife had a public break up. Governor Sandoval’s predecessor, Governor Jim Gibbons, also suffered through a very public break up with his wife. “Gov. Gibbons’ wife, Dawn Gibbons, in a series of court filings, had accused her husband of using her to further his political career and of having at least two affairs, one with a former Playboy model. In turn, Jim Gibbons unsuccessfully tried to boot her from the governor’s mansion in Carson City — she retreated to an apartment on the grounds — and in court papers compared living with her to “being locked in a phone booth with an enraged ferret.” according to published reports.

According to several sources who did not want to be identified, an affair or affairs may be at the root of the breakup.

360Daily.net did call and reach out to the Governor’s office while writing this story and his staff refused to deny whether Kathleen Sandoval still resides at the Governor’s Mansion.

Governor Sandoval has just over a year left in his term. If his marriage ends up in Divorce Court loaded with salacious allegations, it could do real damage to his clean-cut image.