GAO REPORT: ATF DID NOT COMPLY WITH THE LAW AND DID KEEP GUN PURCHASER’S RECORDS”

GAO REPORT: “ATF DID NOT COMPLY WITH THE LAW AND DID KEEP GUN PURCHASER’S RECORDS” 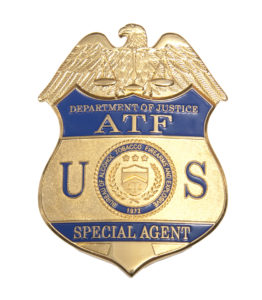 The Brady Bill was signed into law in 1993 and put in place criminal background checks at federally licensed dealers designed to prevent convicted felons from purchasing guns. The law specifically forbid regulatory agencies, like the ATF, from retaining lists of individual gun purchasers. Many argued at the time, and continue to argue, that any such lists are a threat to the security and civil rights of gun owners.

“To carry out its criminal and regulatory enforcement responsibilities, the Bureau of Alcohol, Tobacco, Firearms and Explosives (ATF) has 25 firearms-related data systems, 16 of which contain retail firearms purchaser information from a federal firearms licensee (FFL)—such as firearms importers and retailers. GAO selected 4 systems for review that are used in the firearms tracing process, based on factors such as the inclusion of retail purchaser information and original data.”

According to the GAO report, two of the four systems had in fact retained lists of gun purchasers, including the files from closed guns stores and multiple gun purchasers in clear violation of federal law according to the report. But to date no one has been fired or prosecuted.

The problem might be under stated by the GAO report according to an ATF agent’s testimony here in Nevada. In 2013, the Nevada State Assembly Judiciary Committee conducted a hearing on Sen. Justin Jones’ Bloomberg background check bill.  Assemblyman Jim Wheeler asked an ATF field office agent under oath how long the ATF kept retail gun store records of individual gun purchasers. The ATF agent testified the ATF was keeping records for up to five years.

Assemblyman Wheeler responded to the GAO report saying ” The Obama administration feels its above the law and refuses to be held accountable.

Nevada opted to have its own state background check system administered by the Department of public safety. The Department stated unequivocally they never retain the names of gun purchasers they conduct background checks on here in Nevada and doing so what violate both State and Federal law.