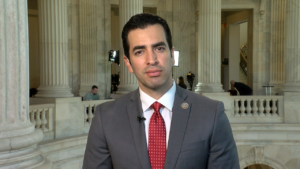 It didn’t take long for Nevada Democrats to change their minds regarding Congressman Ruben Kihuen resigning now that Judge Moore lost the U.S. Senate race in Alabama. First-term CD2 Congressman Ruben Kihuen was accused over the past couple of weeks by two anonymous women of unwanted sexual misconduct. Both women claimed Kiheun aggressively pursued them by repeatedly asking them out on dates. Both claimed the former State Senator touched their thigh. Both women refused to provide their names to the public.

Nevada Democrats and Republicans were quick to throw Kihuen overboard in the heat of the Judge Moore witch hunt election season which Senator Al Frankin was also caught up in when he announced he would resign too. But now like Frankin, Kihuen is being urged to reconsider.

Even though Congressman Kihuen said he will not seek re-election next year, he can still change his mind any time he chooses to.

One Democratic who spoke to us said: “In a few months when all of this dies down, Kihuen should reconsider resigning.” Several Democrats, we spoke with felt Kihuen just got swept up in the moment and still like him personally.

One prominent Democrat woman said to us “If he gets treatment and issues a public apology he might be able to turn this around.”

Several Republicans have called on Kihuen to step down now and not serve out his term.