WILL TRUMP’S COUNTER-REVOLUTION SURVIVE THE NEXT THIRTY DAYS?

WILL TRUMP’S COUNTER-REVOLUTION SURVIVE THE NEXT THIRTY DAYS? 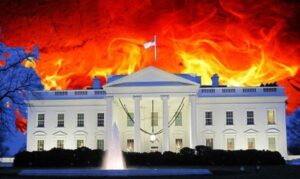 Ever since 2008, when Barrack Obama took office, there has been a slow moving revolution to “Remake America” into a socialist country by wiping away our Constitutional rights. President Trump has led a counter revolution for the past 4 years pushing back the Dem revolution. And that’s why Trump has focused so much effort on installing conservative judges across the country to stop the lawless Dems.

In just the last few months, we’ve seen the left tear down our statutes, tear down our American Flag and tear down our police departments. They’ve literally shot cops and burned and looted entire U.S. cities. What will they do if they lose the Presidential election? Imagine what they will do if they win. Whether the Corona Virus was man-made or natural, the Dems have used it to accelerate their revolution this year .

Dem Governors used their “CV19 preventive measures” to wage war against small businesses, churches, landlords and restricted group gathering of only Republicans. Dems, using their judges, have repeatably violated our constitutional rights without any consequences claiming it was for our own good. And when front line Doctors disagreed with the shut downs, social media and Google shut them out.

Any group that challenges their revolution are called a conspiracy groups or far right white supreme groups or a hate groups by the Democrat party controlled media who are all in on this revolution we’re experiencing. Their main focus now is getting rid of the President who stands in their way. If they succeed in toppling President Trump next month there will never be another truly fair and free election in our country again. Dems have pledged to add justices to the Supreme Court, get rid of the electoral college and make Washington D.C. and Puerto Rico into states which will add some 4 Dem Senators.

Many Americans are holding their breath and holding their fire until after the November Election hoping President Trump wins and puts down this revolution. But if Trump loses, America will face its’ greatest threat and its’ greatest challenges since the American Revolution. President Trump and his supporters are engaged in a counter-revolution against powerful establishment institutions who have all but surrendered to the left’s revolution including our public schools, universities, corporate America and Hollywood, the Media. If you notice, none of them were shut down, and if they were, they we bailed out.

Most Republican lawmakers have proven their willingness to surround without firing a single shot. Romney sellouts and RINO’s are all in for the Revolution as long as they get their 10 silver coins. So its up to the average American to stand up to the Dem revolution. That’s why we see Dem prosecutors not charging Antifa and left wing violent agitators but charging small business owners and homeowners who fight back.

This election is about what American will look like in 20 years. Everything on the table. Everything is at stake.

This war is being fought in the streets and in our minds, forcing us all to question everything we ever believed. The Dems’ Revolution threatens to tear down our heritage, our history and our humanity. Revolutions and counter revolutions, like all wars, are ultimately won and lost in the hearts of the people. 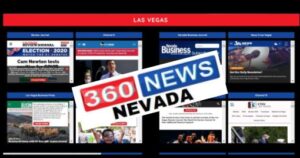