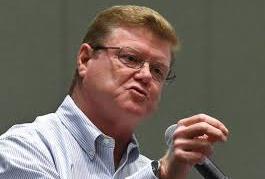 Call Mark Amodei and tell him where you stand on the Trump Impeachment: