WE NEED OUR GUNS TO PROTECT US FROM CRAZY DEMOCRATS

WE NEED OUR GUNS TO PROTECT US FROM CRAZY DEMOCRATS 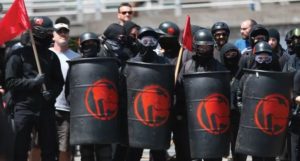 All we have to do is look at cities where Democrats rule with an iron fist and we see the criminals armed to the teeth, killing at will, while the law abiding civilians hide in their homes at night praying the thugs just leave them alone. There are several parts of this country where Democrats govern exclusively that are now third world hell holes right here in America.

So the next time a Democrat asks why you need an AR15, tell them, “To protect us from you”.