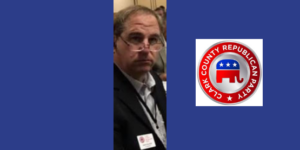 Only a few months ago, the Clark County Republican Central Committee Chairman David Sadjak claimed a huge success following his  Lincoln Day Dinner starring the Governor of Texas, Greg Abbott, raising more than $55,000. But today the CCRP is broke and cannot afford to pay its bills after colossal missteps by Chairman David Sadjak.

Back in April, the Lincoln Day Dinner was held at Treasure Island Casino which is owned by Phil Ruffin, a very dear friend of President Trump’s. The bill for the Lincoln Day Dinner topped $30,000 for rubber chicken dinner. Yet Chairman Sadjak never thought to ask Mr. Ruffin to comp the event in support of the President. In fact, Sadjak was offered other hotels and banquet spaces at cost or free.

Except for the Lincoln Day Dinner, Sadjak failed to raise any real money this entire year. Sadjak failed to open a single campaign office in Clark County during the municipal elections and now Sadjak has failed to fund the NV Republican Presidential Caucus.