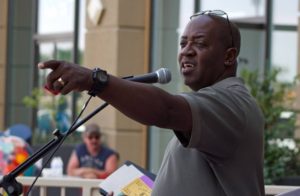 Sherman Ray is a small business owner and he ran for the Ward 1 city of Las Vegas seat last year.

The “Built in America Concert” is expected to draw thousands of people and will take place at Centennial Hills Park & Amphitheater 7101 North Buffalo Drive Las Vegas, NV 89131 on Veteran’s Weekend Saturday November 9th, 2019 11:00 AM – 10:00 PM PST.  The concert promoter offered the Clark County Republican Party tickets to sell and keep 100% of the proceeds to help the organization. The concert promoter states on their website that they will have 30 bands, 3 stages and over 100 vendors. They will feature hip hip and hick hop bands.

The band in question is names “The Confederate Railroad” and have been a staple on the Country Western Music scene for over 30 years with songs like “Whiskey and Girls”.  The group has responded to attackes by liberal snowflake speech police type activists in the past.

In an emotional email Ray writes “As your Community Relations Director, as someone who has some point of reference and sees the problem with affiliating the CCRP with an event that would headline any group named “Confederate WFT”, I advise that you give this group a hard pass. 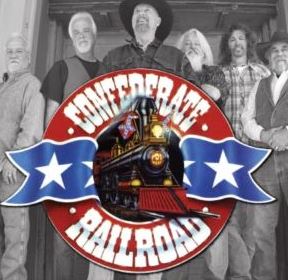 Official Statement regarding being labeled racist

“Nashville, Tennessee (August 27, 2019) — ACM Award-winning and CMA Award-nominated country band Confederate Railroad continues its trek across the United States in support of its “Lucky To Be Alive” Tour that will conclude this December.

After months of being referred to as promoters of hate and racism, without one individual stepping forward to cite any such personal occurrence – ever- and 30 years of performing to the contrary:

I’m forever grateful and humbled by the people of southern Illinois and your words of encouragement are deeply felt. A decision was made for you—one intended to mute your voices and cause you to question your morals. Never apologize for thinking for yourself or let anyone shame you out of your own common sense.”

“Las Vegas is the stage for what is being heralded as the world’s largest CBD & Hemp Fair and Music Festival. The Planet Green CBD Expo will have hundreds of CBD & Hemp vendors and speakers, including Dr. Jenny Wilkins and her medical CBD dream team speaker panel. The Built In America Music Festival includes thirty of some of the best country, hip-hop and hick-hop artists sharing three stages.”