(CARSON CITY) Straight from the Nevada Secretary of State’s office. The voter registration numbers for all political parties in Nevada increased in April 2016, as shown by data released by Secretary of State Barbara Cegavske’s Election Division.  The number of statewide active registered voters increased by 25,277 (2.02%) compared to March 2016.

The latest voter registration breakdown by county, party, age, and district can be found under the Election Center athttp://nvsos.gov or by clicking here. 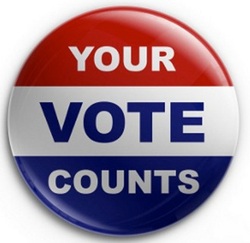 Nevada continues to be a solid purple swing state with Democrats less than 5 points ahead of Republicans in voter registration numbers and because of the huge number of nonpartisan and third party voters making up almost 25% of all voters. Obama swept Nevada in both his elections only to see Republicans sweep off year elections in 2010 and 2014.  But with Trump as the wild card in the race, this year could see a very close election in the fall. Both parties have their work cut out for them this year.