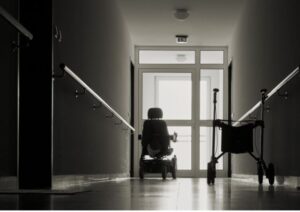 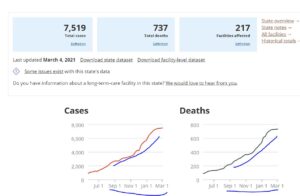 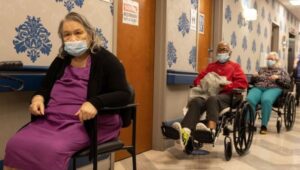 On August 27, 2020, Channel 8 News in Las Vegas did an extensive report about our local nursing homes and the impact of CV19:

In another news article dated December 17, 2020, reported that the Lake Mead Health and Rehabilitation Center was number 1 by far with some 212 reported infections, 2 dead staff workers, and 19 dead residents. 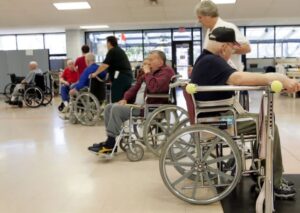 According to projects.propublica.org and the State of Nevada; Lake Mead Health And Rehabilitation Center was the worst of the worst, with 319 documented infections with only 208 residents. Only four documented “infection deficiencies” were cited by Nevada State regulators for all of 2020. Yet families and residents filed numerous complaints in November and December, which were brushed aside by Nevada State Inspectors. 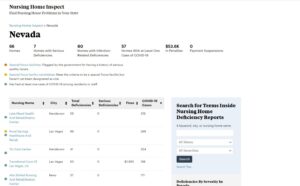 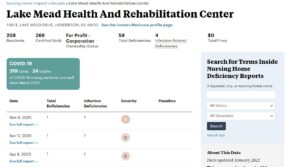 Lake Mead is managed by “SavaSeniorCare™ is one of the largest providers of skilled nursing, memory care and rehabilitative services in the nation.”

An inspection report of Lake Mead Health and Rehabilitation Center 360 obtained through a public records request, dated December 2, 2020, found substantial issues that were brushed off by Nevada State inspectors.

Buried in a 15 page report:

A resident was infected because the facility did not isolate another resident who returned from the hospital.

The facility required all residents to quarantine for 14 days in a sectioned off part of the facility. But they housed non-infected together with potentially infected residents, leading to more infections. They even had roommates.

360 spoke with several present and past employees of Lake Mead. First, we learned that a cook died from CV19, according to one employee we spoke with on condition of anonymity. We learned from the Facility Director, Anthony Morella, that the cooking staff is actually subcontracted out to an outside company and Morello didn’t know if or when the cooking staff were tested for CV19. He said it was their responsibility to test their folks. Morello also told us Lake Mead did test infected residents and staff, and upon a positive CV19 test the person was sent home for 14 days but no further testing was done for another 90 days per CDC guideline. But in the same breath Morello told us they tested their employees every week and twice a week when they were in the middle of the outbreak. Morello told 360 that the Nursing home was required to report every CV19 case to the State within 24 to 48 hours. This means the state and Gov. Sisolak were aware of the outbreak yet failed to mitigate it what so ever.

Another staff member told us back in 2020, she took off for a couple of days and when she returned, an entire wing was empty, “They all died” she said. She quit her job right after that.

A current staff member told us a resident went to a local hospital for a routine medical issue and when he returned was placed back in general population without being quarantined. It was later discovered that the resident’s hospital roommate was infected with CV19 and now so was he.

According to the Facility Director, Gov. Sisolak never reached out directly or indirectly to offer any help during their CV19 crisis. He never offered any State or National Guard Resources or additional medical staff. 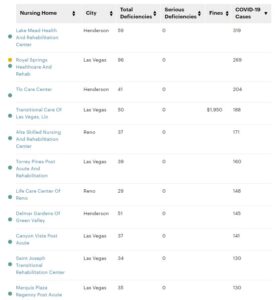 360 spoke with a local physician about CV19 protocols nursing homes should be implementing? Her questions were as folows:

“Nursing Homes have a legal duty of care to provide a safe environment.”