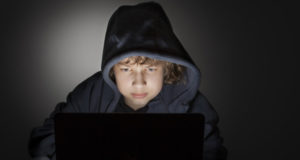 Not a peep from the ACLU so far, according to reports.

Google justified their actions claiming their user agreement authorizes them to report criminal and or suspicious behavior to law enforcement.

Hernandez was charged in Las Vegas Justice Court with one count of “Possess visual pornography of person under age 16, first offense [50374]” and one count of “Prepare, advertise or distribute material depicting pornography involving minor [50373]”.

Local Criminal Defense Attorney, Francis Kocka, is defending Hernandez. Hernandez was released after a bail hearing before Judicial Officer Bonaventure, on condition that he refrain from using any electronic devices.