LOCKED-DOWN UNABLE TO COOL DOWN 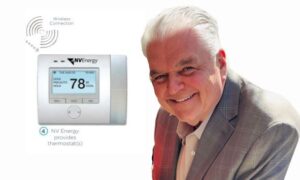 Digital utility meters were installed by NV Energy back in 2011 in Nevada, giving the utility companies unrepresented access to track your lives. They know when you are home, when you are doing your dishes, and they know what your thermostat is set to. Now they are offering smart thermostats to “help you save money”. This week, Denver residents learned the hard way that what Dems really wanted was control over your thermostat settings.

The power company, Xcel, locked the smart thermostats of thousands of customers, citing an “energy emergency.” According to local news reports, Denver’s temperature was 90 Degrees. 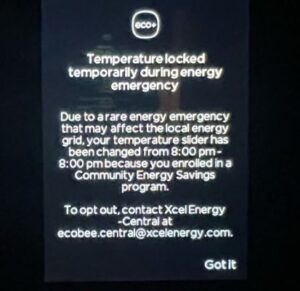 The Denver-based utility Xcel offered customers (suckers) a $100 credit to install smart thermostats, plus an annual $25 credit. Xcel confirmed to Denver Channel 7 News that “22,000 customers who had signed up for the Colorado AC Rewards program were locked out of their smart thermostats for hours on Tuesday.”

“He had no idea that he could be locked out of the thermostat. While he has solar panels and a smart thermostat to save energy, he says he did not sign up to have this much control taken away.”

As outdoor temperatures rose into the 90s, Talarico went to turn on the air conditioning, and found the thermostat locked at 78 degrees. Xcel told Talerico this could happen on the AC Rewards Program only if there was an emergency. 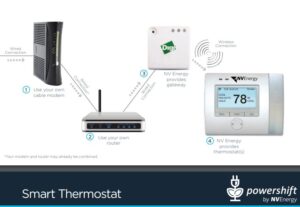 NV Energy is offering their own smart thermostats .

In the name of “climate change”, Democrats want to make “smart thermostats” mandatory in Nevada in the next legislative session as part of the green new deal. All newly constructed homes may be required to install smart thermostats.