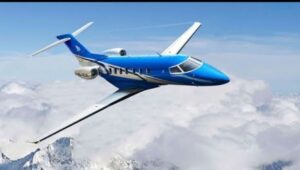 Just as Sisolak seeks to fill an $800 million gap in State revenues by furloughing state employees and cutting budgets, Sisolak is still holding on to his brand new jets. In fact the first brand new plane arrived during the pandemic. According to NDOT, the 2nd brand new plane is scheduled to be delivered to the State of Nevada in November of this year.

Nevada unemployment hit a national historic record of 30% under Sisolak and his administration has failed to deliver unemployment benefits to thousands of Nevada still, months after many filed back in March. Over 500K Nevadans have been pu tout of work by Sisolak’s shut orders. Over 100K Nevadans haven’t received any benefits yet.

This week, a State Legislature interim finance committee met to vote for furloughs and budget cuts, but Democrats refused to cut the two new private jets purchased by Sisolak’s administration.

The new aircraft, a Pilatus PC-24, is built in Switzerland is raising eyebrows. NDOT is also purchasing a brand new King Air 350. NDOT claims they are saving around $2 million in maintenance on the new planes. Only government spends $14 million to save $2 million.