SISOLAK LEFT NV 51st IN UNEMPLOYMENT IN THE NATION

SISOLAK LEFT NV 51st IN UNEMPLOYMENT IN THE NATION 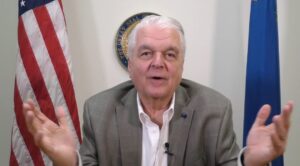 High regulations, high unemployment benefits, and CV shut downs destroyed more than 33% of all businesses in Nevada under Sisolak. We’re still feeling the Sisolak hangover. It’s interesting to note that as of November 2022, you know, the election month, our media forgot to mention, that under Biden’s labor department, Nevada literally ranked 51st with the highest unemployment in the nation. Sisolak also left us last in education and almost last with our crime rate. Its fair to say Sisolak was a complete failure and had no plans or interest in fixing our state’s issues.

And things just got worse in December. According to the Nevada Department of Employment, Training, and Rehabilitation’s (DETR) December 2022 economic report, Nevada lost 1,300 jobs over the month. Employment is up 53,400 since December 2021, an annual increase of 3.8%. The total employment level in the state is 1,476,000. The state’s unemployment rate was 5.2 percent in December, up from 4.9 percent in November.

Governor Lombardo just did something Sisolak would never have done. He froze all new regulations and is reviewing all regulations in every department to help businesses open here and expand here in Nevada. Before, you had to pay off Sisolak’s wife to get regulatory relief.

Governor Lombardo’s legacy starts today as he moves forward with his agenda to put more people back to work. Next week he will give his state of the Union speech outlining his agenda. Creating jobs needs to be his number one priority.