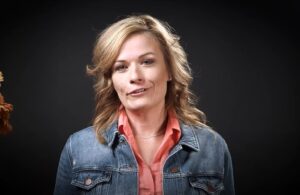 The letter reads in part

“It is unacceptable and unlawful for your organization to falsely hold itself out as the official Republican county party for Clark county, particularly while soliciting contributions on your website.”

The Letter ends with

“The RNC therefore hereby demands that your organization immediately cease and desist from: making any representations whatsoever that it is an official county party” 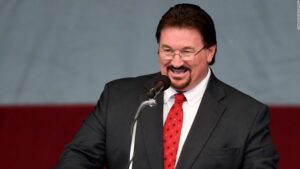 The NV GOP all along has said that Carrie Buck and her fake group have been divisive and causing nothing but chaos in Clark County. They have been raising money fraudulently lying to donors. Its time to hold these people accountable on all levels. In order for us to win this state we must not tolerate or accept this kind of behavior from anyone.”

It all started when former disgraced CCRP Chairman Dave Sadjak resigned in the middle of an election meeting on July 20, 2021. The meeting went into recess and did not end officially. The CCRP leaders did this to block the huge crowd of Trump Supporters from becoming members and voting for Jesse Law. But under the Bylaw, 10% of the members brought a motion to resume the meeting on July 28. 2021. Over 120 plus members voted yes. Then they proceeded to vote Jesse Law in as the Chairman.

Former Nevada State Assemblyman Steven Silberkraus, Ed Gonzales (literally a Teachers’ Union Lobbyist) and (R) State Senator Carrie Buck ignore the July 28th vote and held their own zoom election voting Carrie Buck in as Chair. Lawsuits have been flying ever since. Now the RNC has stepped in to clean up the mess as the mid terms election are looming. 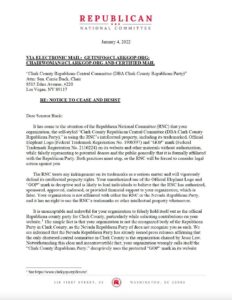 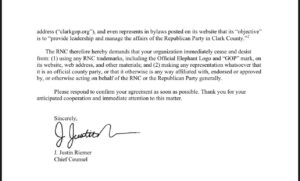