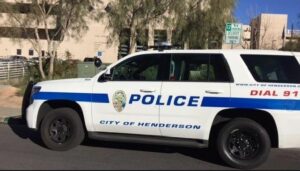 Henderson NV, Iraq War Veteran, Edward Croaker, awoke early Thursday morning to gunfire behind his house. Believing his home was the target of the gunfire, Croaker got his gun, went outside and returned fire striking one of the suspects in the head, killing him. The second was unharmed. According to news reports, Henderson Police responded to reports of shots fired to find a 17 year old dead. The gun they were firing was reported to Metro as stolen.

Because the surviving teen is under the age of 18, his name and charges are not being released. And his criminal record, if any, is also not being released. 17 year old Cory Limo was identified by the Clark County Coroner as the dead felon Croaker shot.

Under the law, if a felon aims his gun at you, robs you and or shots at you, or even shots you, you are forbidden from returning fire if they turn around and flee. Lawyers will argue that once they turn and run away, they no longer pose a threat to you. However, an armed robber and/or armed criminal fleeing a crime scene is most certainly an ongoing threat to everyone in their way. The law is wrong and only protects the criminals. This law has no concern for the security of the rest of us who may end up dead in the criminals wake of escaping or in future crimes.

A local Las Vegas small restaurant owner was robbed at gunpoint twice in recent weeks by the same gunman. The police took over an hour to respond to the armed robbery in progress call. The fact is the police cannot stop every crime.

Edward Croaker’s actions probably saved some poor souls life who this armed felon would have killed in the course of an armed robbery in the future. BTW Police so far have not released the dead felon’s criminal record. Croaker is a hero who defended his home, his family and his community from an armed felon shooting off a stolen gun.

BTW unlike the rest of the local media, we decided not to publish Croaker’s mugshot out of respect.