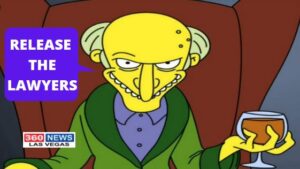 As the world goes into lock down to fight the corona virus, the Chinese are going into high gear with more misinformation and lies about the sources and causes of the outbreak. The facts are, the Chinese lied and failed to issue a warning to the World Health Organization in December 2018 when the disease first broke out. Fact, the Chinese lied about the number of people infected and dying in China. Fact, the Chinese started the bat soup misinformation campaign to confuse the public. All through December, January and February, some 22,000 Chinese came into the U.S. daily on travel visas.

Now the Chinese are continuing to do what they do best, lie. The Chinese have teamed up with CNN and are lying about the virus, claiming its Pres. Trump and the U.S.’s fault.

It’s time the Chinese are held accountable, meaning they need to pay back the U.S. taxpayers some $8.5 Billion, including compensating American Families who’ve lost loved ones, small businesses that are failing and American Companies that are suffering under the closures that are now worldwide. The Chinese hold some $1.1 Trillion. They own billions in stocks and real estate in the US. It would be relatively easy to collect damages.

What are they going to do to us, not sell us their products? The U.S. has the upper hand and the moral high ground. But the deep dark secret is that China have been spending millions on Lobbyists in the U.S. for years. The American people need to demand reparations from China. Congress should unleash America’s Army of Personal Injury lawyers on China on behalf of victims of their negligence and cover up by waiving China’s sovereign immunity in U.S. Federal Courts. That would be worse than any economic sanctions or retaliation we could dream up.

Check out this video with US Senator Tom Cotton back in Jan describing the Chinese lies and efforts to cover up the corona virus.