According to sources, yesterday in Assembly District 40, located in Carson City, Assemblyman PK O’Neill was videotaped allegedly steal signs that said “PK Raised taxes”. But it was a local man by the nickname of “Lucky” who witnessed and videotaped PK O’Neill personally allegedly stealing the signs and drive off in his pickup truck. According to Lucky, O’Neill saw he was videotaped, turned around, drove back, got out of his car and talked with the witness. He then handed the witness his business card.

According to law enforcement sources, stealing campaign signs is prohibited by law and is considered larceny. No warrant has been issued for Assemblyman PK O’Neill at this time. And there are several other witnesses who’ve seen PK O’Neill allegedly steal other signs.

PK O’Neill’s website states “PK continued his career in public safety and has over 30 years of experience working in Nevada as a law enforcement official, agency administrator, and criminal investigator.”

In a phone interview with NEWSMAXTV LAS VEGAS, Mr. O’Neill admitted to removing many signs and claims he was asked by the property owners to remove the signs. He said he took down many many signs and has them in storage if anyone comes forward to claim them. But according to Mr. O’Neill, the signs did not have any names on them identifying who paid for them as required by law. 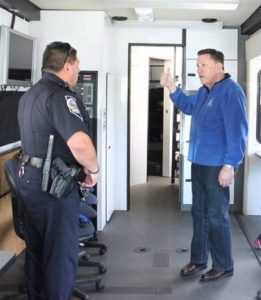 Mr. O’Neill doesn’t make any apologies for voting for the Nevada State Income Tax aka Commerce tax and some 30 other taxes saying “he would do it again if it meant helping our schools get the necessary funding.”

Assemblyman PK O’Neil’s opponent Candidate Chris Forbush Assemblymen claims several of his signs have been torn down as well. Mr. Forbush filed a police report today and issued a statement “calling on Sheriff Kenny Furlong to conduct a fair and open investigation in the theft of all signs including mine.” Mr. O’Neil said in response to Forbush’s claims “I have no knowledge of any of his signs stolen.”

The question is, why did Mr. O’Neill tear down signs that simply said he raised taxes when he claims to be proud of that? 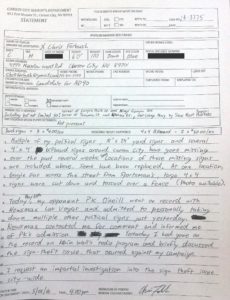 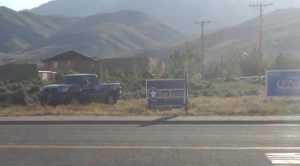 Pictures taken by Lucky of PK O’Neill driving away with signs. 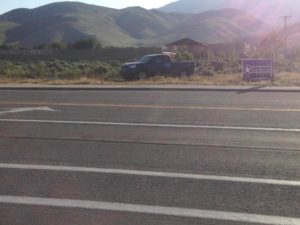 Candidate Chris Forbush’s sign tore down and toss over fence 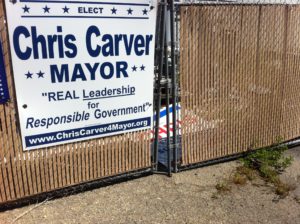 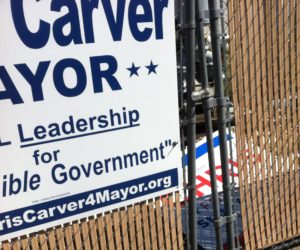