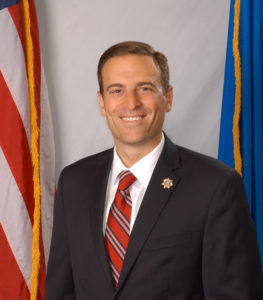 Today, Nevada Attorney General Adam Laxalt issued a formal opinion letter to the Nevada Department of Public Safety regarding the implementation of Question 1, the new Bloomberg Gun background check law. After only passing by 9,200 votes, less than 1%, the law’s future is in doubt, but not before creating mass confusion.

Question 1 requires private gun transfers to go through the FBI National Crime Information Center or NCIC system rather than the Nevada Department of Public Safety gun background check system. The state of Nevada opted, under the Brady law, to have its own gun purchase back ground system which every Federally licensed gun dealer in Nevada must use. Question 1 specifically directs private gun sellers to use the FBI NCIC system and not the State run system.

This week the incoming Trump administration and the FBI said it would not do background checks for private sellers in Nevada. Based on the FBI’s decision, Adam Laxalt, the Nevada Attorney General issued a formal letter of Opinion stating that:

Because the Act expressly and certainly relies on this error and forbids the Department from being contacted to run background checks, it requires and criminalizes the impossible. Under longstanding legal principles, Nevadans are not required to perform the impossible,and are therefore excused from compliance with the Act’s background requirement unless and until the FBI changes its position set forth in its December 14, 2016 letter.

But the real issue is Clark County Sheriff Joe Lombardo and Clark County DA Steve Wolfson can still try and enforce the law by arresting private citizens selling their firearms to lawful possessors setting up a legal challenge only after the person is tried and convicted. So an injunction issued by a court must be pursued to protect law abiding citizens in Clark County from the law. Mr. Wolfson endorsed the law and even did TV commercials supporting the law during the election.

If Hillary Clinton had been elected, she certainly would have allowed the FBI to conduct background checks for private purchaser, but with the incoming Trump administration sending a clear message of strict support for the 2nd amendment the FBI declined Nevada’s request. But the Bloomberg forces are certain to challenge the AG’s letter in court.

One benefit of the Bloomberg law is that it forbids the new Democratic controlled State legislature from changing (or fixing the problem) the law for three years. So the Bloomberg Gun Background Check law may actually block the Democrats from imposing Gun background check laws.