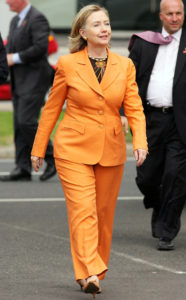 Judicial Watch, the Washington D.C based legal watchdog group who brought the email scandal to light through their freedom of information request litigation has filed a request to depose Hillary Clinton.

The Press Release from Judicial Watch states the follow:

“First the good news, the FBI/Justice Department cover-up won’t derail Judicial Watch’s independent effort to get at the truth about the Clinton email scandal.

In fact, a few hours ago we submitted to a federal court judge a request for permission to depose former Secretary of State Hillary Clinton.

Today’s brief argues that the Clinton testimony is necessary:

[Judicial Watch] recognizes the significance of asking a former agency head and presumptive nominee for president to sit for a deposition.  As the primary driving force behind and principal user of the clintonemail.com system, however, Secretary Clinton’s testimony is crucial to understanding how and why the system was created and operated. It also is crucial to understanding why the secretary chose to use the system for all her official email communications, not only initially but also after the system proved to be so problematic for the department, top departmental officials, and the secretary herself. Plaintiff has attempted to obtain as much evidence as possible from other State Department officials, but Secretary Clinton is an indispensable witness and significant questions remain, including why records management officials apparently had no knowledge of the system when so many other officials used the system to communicate with her. Consequently, Secretary Clinton’s deposition is necessary.

Hillary Clinton can answer questions about her email practices that no other witness can.  Her testimony will help the court determine if, how, and why FOIA was thwarted by the Clinton email system.”