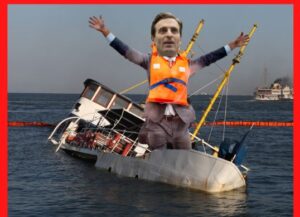 Adam Laxalt’s campaign for the U.S. Senate in Nevada is tanking already. Folks haven’t forgotten his dismal performance in the Governor’s race against Sisolak where he acted like an entitled empty suit refusing to answer the most basic questions from his own supporters. And it hasn’t help that Laxalt signed off on the Dominion Election machines as Nevada’s Attorney General. Or that Laxalt hasn’t lifted a finger to help us fight Sisolak and his gun grabbing laws and lock downs.

Adam Lazalt still refuses to support impeaching the Biden administration, while both Sam Brown and Sharelle Mendenhall called for Biden to resign or be impeached following the deadly suicide murders of 13 US Marines in the failed exit from Afghanistan.

Sharelle Mendenhall was not listed in the following poll.

September 25th, 26th and 27th USA marketing research conducted a poll of 750 Republican primary voters, chosen from the following criteria, voted in the last 2 primary and general elections and reside within the 17 counties of the state of Nevada.

The following questions were asked:

How familiar are you with the following candidates for U.S. Senate?
Adam Laxalt 56%
Sam Brown 38%
None of the above 6%

What is your opinion of Adam Laxalt?
Favorable 21%
Unfavorable 67%
No Opinion 12%

What is your opinion of Sam Brown?
Favorable 41%
Unfavorable 11%
No Opinion 48%

If the primary election for U.S. Senate were held today, for whom would you vote for?
Laxalt 28%
Brown 46%
None of the Above 26%