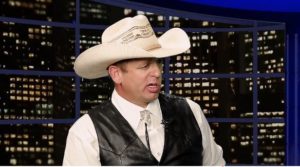 This week President Trump signed an order authorizing the mobilization of National Guard troops to provide support to the Border Patrol along the Mexican Border. Trump said he slipped funding into the OMIBUS bill last month providing funding for troops to secure the border until the wall is built.

Several Governors have refused to cooperate with President Trump including Jerry Brown, Governor of California, and Brain Sandoval, Governor of Nevada.

Independent Candidate Ryan Bundy immediately announced he would honor President Trump’s request to send National Guard Troops from Nevada. Bundy said “Securing the border is the constitutional duty of the President and of the federal government. As Governor, I will honor President Trump’s request to provide National Guard Troops from Nevada to secure the Mexican Border.”

360Daily.net reached out to Nevada Attorney General Adam Laxalt for his position on this issue and so far we haven’t received a call back. And we could not find any mention of this issue on any of Laxalt’s social media or websites.

Neither of the Democratic leading candidates for Governor, Steve Sisolak or Chris Giunchigliani, have weighed in on the issue either.