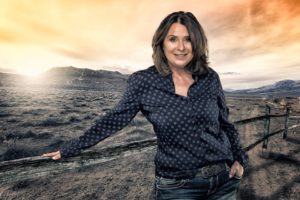 Former Assemblywoman Victoria Seaman taught all of us a very important lesson this year by putting the country above her own dreams and ambitions. Victoria Seaman has been the hardest working candidate in Nevada for years. She never gives up or surrenders. But this year Victoria faced huge political and personal adversity and came through it revealing to the world her grace and leadership.

Last year Victoria Seaman jumped into the open seat for Nevada’s 3rd Congressional District. She out worked, out walked, and outran everyone on the ticket. But without notice, Danny Tarkanian was asked by President Trump to shift from the U.S. Senate race to CD3. As a loyal friend and as a loyal American she dropped out of the race honoring the request from the President of the United States. But that was just the beginning of the story.

After dropping out of CD 3, Victoria turned her energies to fund raising for other Conservative Women running for office in Nevada. Victoria started the first ever Battle Born Conservative Women’s PAC. She has now raised thousands of dollars through hosting events and fund raising efforts and Victoria is making a huge difference as a mentor for other women running for office here in Nevada.

Victoria Seaman has demonstrated leadership in the face of political adversity this year without whining about her challenges. Victoria is a business woman, mom, wife, a former Nevada State Assemblywoman and community activist. But in the last couple of months she has earned another title, “The Tenacious Leader”.