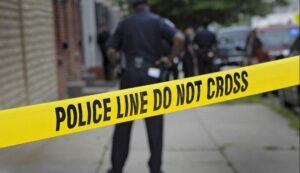 FERNADALE, Maryland “Under the law, family, police, mental health professionals can all ask for the protective orders to remove weapons,” said Anne Arundel County Police. Sgt. Jacklyn David. 61 year old, Gary J. Willis, answered his door only to be confronted by two police officers demanding his guns be turned over.

The actual Red Flag order was not disclosed to the public showing who in fact had filed it.

In just fifteen days, Nevada will have a similar Red Flag Law on the books.

After all that is done, then the target of the Red Flag law has only 7 days to respond in court at a hearing to determine if they should be given their rights back. They are not entitled to a government paid lawyer nor are they afford a jury trial nor is any criminal conviction required. But just couple of months ago, the Nevada Supreme Court ruled unanimously in Andersen v. Eighth Judicial Dist.Court in & for Cty. of Clark, that a jury trial is required to strip someone of their gun rights.